This is incisive and interesting as usual. I could not see the graphics from here, maybe they can be send in a pdf or different format, but I can see the Maxima output. These new solutions generalize the B Cyclic Theorem, which is the complex circular frame itself, and not only Lorentz covariant but generally covariant because ECE is a theory based on generally covariant Cartan geometry. The result we are looking for is of course a longitudinal vortex of infinitesimally small radius emerging from helicoidal or more general Beltrami flow of the free electromagnetic field. The vacuum potentials recently developed by Doug and yourself would also have the same characteristics. The infinitesimally thin vortex would be the B(3) field in vacuo. The Beltrami structures are obvious from plane waves, but what we are finding now is that there is a much richer structure of B field components which are all solutions to the higher topology Beltrami equation. The early “criticisms” of B(3) were vindictive rubbish, they did not even understand that B(3) is a result of higher topology. These were Lakhtakia, Buckingham and Barron initially, then from the Buckingham environment, e.g. Rikken and van Enk. These papers would often appear behind my back with no warning, in a completely unethical way, and every single one of them was replied to in great detail to the evident satisfaction of the entire international community of scientists and engineers. These were followed later with the UNCC and ‘t Hooft conspiracies, generally regarded as scraping the bottom of the dustbin in the history of physics and completely ignored by the profession as acute personal animosity. I will study these new solutions today to see if I can reduce them to something like the B Cyclic Theorem. The Nobel Prize nominations for B(3) appeared after these early personal attacks had been dealt with. The ‘t Hooft conspiracy was intended purely for the purpose of preventing me getting a Nobel Prize, because that would be a challenge to mediaeval dogma. Both UNCC and ‘t Hooft have been implicitly criticised heavily for years through the readership of my “UNCC Saga” and “Diplomatic Objection to ‘t Hooft” by Gareth Evans. Now we are making strong progress forward, we have always made strong progress forward. The appearance of stalkers and hate groups destroyed the credibility of these “critics” completely. We must sit back and enjoy the great success of AIAS, and above all, enjoy our work like a cookie in a Chinese restaurant. Not many groups get half a dozen Nobel Prize nominations and a nomination is as nice as a prize. I did no lobbying at all for the Nobel Prize, all the nominations arrived spontaneously.

I hope the graphics come through.
The following should hold: 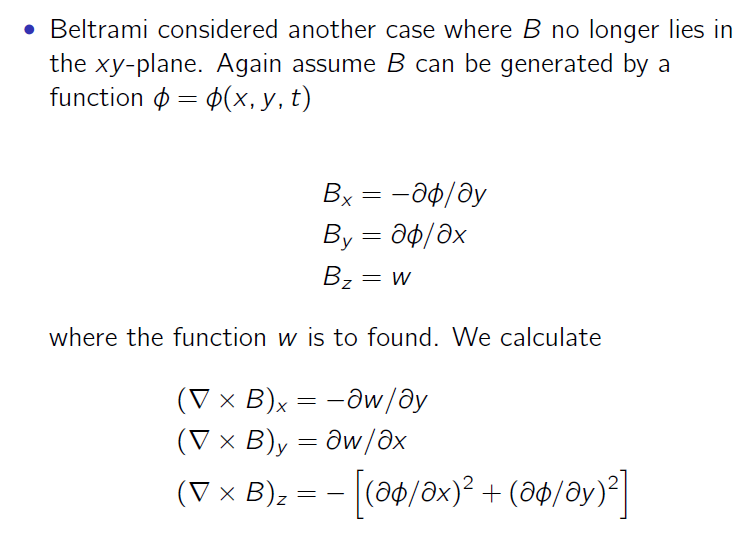 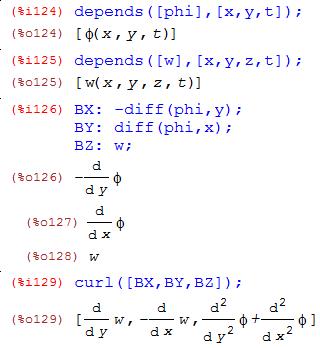 This means: there is a sign error in the slide set, and the Z component contains second derivatives, not squared first derivatives. Nevertheless these equations should allow us to construct quite general solutions of the Beltrami equation. A suitable combination of phi and w has to be found. See the example in section 5 of the attached. I did not succeed in adding a z dependence to w, that requires further trials.